The Anglican Communion is engaged at a global level to promote the unity of Christians and churches.

The Unity, Faith and Order department at the Anglican Communion Office supports conversations between churches, communions and organisations at a world level and provides advice on ecumenical relations, doctrine, polity and liturgy to the Member Churches and Instruments of Communion.

The key means of overcoming division and promoting agreement and partnership in mission and ministry is through ecumenical dialogues and the Anglican Communion has, over the years, engaged in constructive dialogue with a wide range of other churches and Christian World Communions.

The Anglican Communion has been at the centre of the ecumenical movement since its earliest days. Anglicans were present at all the formative ecumenical conferences of the early twentieth century. The Lambeth Conference 1920 published its “Appeal to All Christian People” which cemented the Anglican commitment to “the vision and hope of a visible unity of the whole Church.” Archbishop Geoffrey Fisher was in the chair at the inaugural meeting of the World Council of Churches in Amsterdam in 1948. 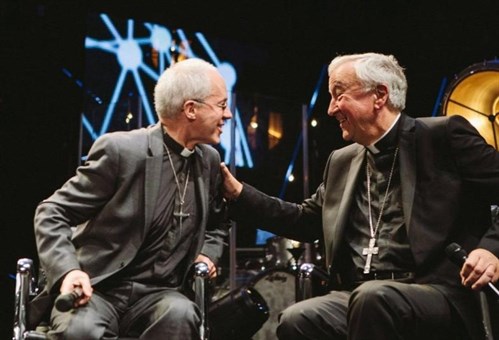 Director for Unity, Faith and Order

A priest in the Church of England, Will served in parishes for more than 20 years before taking up a post at Lambeth Palace in 2017 as the Archbishop of Canterbury’s Ecumenical Adviser. In 2019 he was appointed to the additional, Communion-wide, responsibility, which became a full time role in March 2021. He is Secretary to IASCUFO and to the ecumenical dialogues. 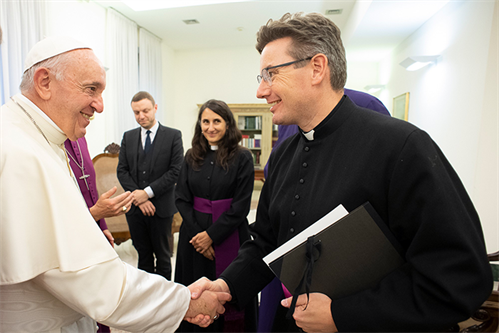 Pope Francis and The Revd Dr Will Adam

The Revd Neil Vigers facilitates the communion’s ecumenical and doctrinal work and is based at the Anglican Communion Office. He is Secretary to the International Anglican Liturgical Consultation and has a particular role in the production and publication of reports and other theological resources.

Explaining the work of UFO

News and blogs will appear here