The International Commission for the Anglican–Orthodox Theological Dialogue

Anglican–Orthodox dialogue began in 1973, when the Anglican–Orthodox Joint Doctrinal Discussions (A/OJDD) held its first meeting in Oxford. The first phase of the dialogue was concluded by the publication of The Moscow Agreed Statement in 1976. The publication of The Dublin Agreed Statement in 1984 brought its second phase to a conclusion. Both statements record a measure of agreement on a range of specific topics, while acknowledging continuing divergence on others. Orthodox members are from the Churches in Communion with the Ecumenical Patriarchate.

The third phase of the dialogue began in 1989, when the commission was re-constituted as The International Commission for Anglican–Orthodox Theological Dialogue (ICAOTD) under the chairmanship of Metropolitan John of Pergamon and Bishop Henry Hill (succeeded in 1990 by Bishop Mark Dyer) and drawing together senior clergy and theologians from across the Eastern Orthodox Churches and the Anglican Communion. Its task has been to consider the doctrine of the Church in the light of the doctrine of the Trinity, and to examine the doctrine of the ordained ministry of the Church. Particular attention has been given to the question of who may be ordained to the presbyterate and episcopate. This third phase of the dialogue has given further consideration to ecclesiological issues discussed in earlier phases, and to aspects of Trinitarian doctrine.

The fourth phase began in Crete in 2009, and has met in 2010 in Oxford, 2011 in Albania, 2012 in Chester, 2013 in Serbia, 2014 in Jerusalem, 2015 in Buffalo, where it published its report In the Image and Likeness of God: A Hope-Filled Anthropology. This work of theological anthropology formed the foundation for further areas of work. In 2016 the meeting was in Armagh, 2017 in Malta, 2018 in Cyprus and 2019 in Canterbury, where the Commission completed the text Stewards of Creation: A Hope-Filled Ecology, which was published in October 2020. 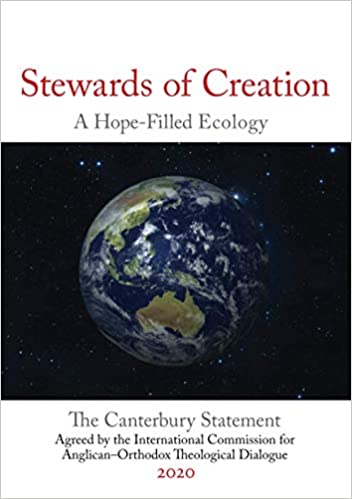 Stewards of Creation: A hope-filled ecology

In its current phase of work the commission has been studying, first, theological anthropology – that is, what is the Christian understanding of the nature of the human person in relation to God, and, second, in the light of this, what this means for how human beings live.

The new document ‘Stewards of Creation: A hope-filled ecology’ explores the proper place of human beings within creation and the responsibility that human beings have to care for God’s creation. 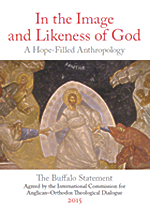 In the Image and Likeness of God

The International Commission for Anglican–Orthodox Theological Dialogue began its fourth phase in 2009, under the co-chairmanship of Archbishop Roger Herft and Metropolitan Kallistos of Diokleia. In September 2015 the Commission completed this, its first Agreed Statement, In the Image and Likeness of God: A Hope-Filled Anthropology. The product of six years of study and dialogue, the text celebrates what Anglicans and Orthodox can say together about the human person, created in ‘the Image and Likeness of God’.