What is the Anglican Communion?

The Anglican Communion is one of the world’s largest Christian communities. It has tens of millions of members in more than 165 countries around the globe. Anglicanism is one of the traditions or expressions of Christian faith. Others include Roman Catholicism, Eastern Orthodox, Lutheran and Baptist.

The Communion is organised into a series of provinces and extra-provincial areas.  The provinces are subdivided into dioceses, and the dioceses into parishes.

There are 41 provinces and, from March 2019, five extra-provincial areas. See here for a full list. Some provinces are national, others are regional. All are in communion – or a reciprocal relationship – with the See of Canterbury and recognise the Archbishop of Canterbury as the Communion’s spiritual head.

But there is no central authority in the Anglican Communion. All of the provinces are autonomous and free to make their own decisions in their own ways – guided by recommendations from the four Instruments: the Archbishop of Canterbury, the Lambeth Conference, the Primates’ Meeting and the Anglican Consultative Council. 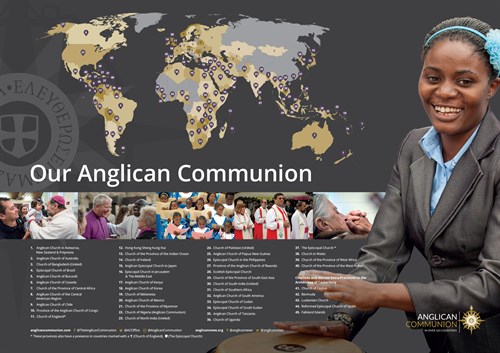 History of the Anglican Communion

The word Anglican originates from the Medieval Latin phrase ecclesia anglicana, which dates from at least 1246. It means the English Church. Over the past two centuries the tradition of that Church has been adopted around the world.

The short film, by the Revd Dr Phillip Tovey and Professor David Duce, gives a flavour of how the Communion has grown over recent centuries.

The Evolution of the Anglican Communion to 2018 from Phillip Tovey on Vimeo.

The Church of England (which until the 20th century included the Church in Wales) initially separated from the Bishop of Rome in the 16th century during the reign of King Henry VIII. But it has always considered itself as a reformed continuation of the Ecclesia Anglicana.

Anglican worship outside Britain began in 1578 in Canada. The Anglican Communion traces much of its growth to the older mission organisations of the Church of England such as the Society for Promoting Christian Knowledge (SPCK), the Society for the Propagation of the Gospel in Foreign Parts (USPG) and the Church Missionary Society (CMS)

They sent missionaries overseas, often to countries colonised by the British. During the 18th and 19th centuries, bishops from the British Isles led dioceses and national Churches in countries including India, Canada, the West Indies and New Zealand. 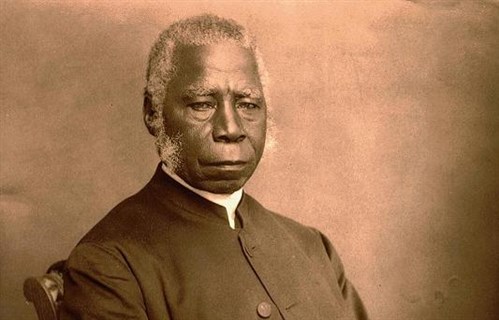 One notable exception was in Nigeria, where the Right Revd Samuel Ajayi Crowther, pictured here, became the first African Anglican bishop during the latter part of the 19th century.

In 1783, following the American War of Independence, the parishes of Connecticut elected Samuel Seabury as their bishop. Because the Church of England could no longer ordain him, he turned to the Scottish Episcopal Church - a move seen by some as the beginnings of an Anglican Communion with autonomous member Churches.

Local bishops eventually became Metropolitans - the senior bishop within a specified geographic area - and in 1867, 76 Anglican bishops attended the first Lambeth Conference following an invitation from the Archbishop of Canterbury, Charles Longley.

Over the years, national churches gained independence from the Church of England and the Anglican Communion gradually became a global family of national and regional Churches.

As well a common ancestry, Anglicans and Episcopalians around the world share many aspects of their traditions and ways of worship. But there is diversity too - often even within a diocese.

Anglicans and Episcopalians have always worked and worshipped together across national borders to support each others' lives and ministry. Communion members from different provinces bring a range of insight, experience and wisdom to joint endeavours at national and international level. Such collaboration can be seen in work at the United Nations, in Ecumenical dialogues, in the Communion’s Networks and in Mission such as the Season of Intentional Discipleship.