This page is also available in French, Spanish and Portuguese 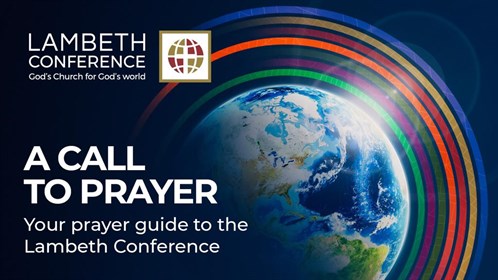 CLICK HERE for more information and the prayer guide.

For many years, the Anglican Cycle of Prayer has been one of the most popular resources produced by the Anglican Communion Office. Through the ACP, Anglicans around the world have been united in praying on the same day for the same dioceses. Day by day, Monday to Saturday, we join in prayer for particular dioceses. And on Sundays, we pray mainly for provinces - and occasionally for other specific prayer biddings - for example, on Easter Day we join in praying for the peace of Jerusalem.

A Season of Repentance - Lent 5

In 2016, the Primates of the Anglican Communion asked the Archbishop of Canterbury to establish a Task Group to “maintain conversation” among the Primates of the Anglican Communion as part of their commitment to “walk together” despite “deep differences”. The primates requested the group “with the intention of restoration of relationship, the rebuilding of mutual trust, healing the legacy of hurt, recognising the extent of our commonality and exploring our deep differences, ensuring they are held between us in the love and grace of Christ.”

The resources are available to download in pdf, for printing, or as a Word document, for cutting and pasting into other documents, such as service booklets.

The Primates' Task Group also asked the International Anglican Liturgical Consultation (IALC) to prepare common liturgical resources, including a Eucharistic Prayer, which can be used at international gatherings whenever Anglicans from more than one Province are together. These resources were also endorsed by the primates at their January 2020 meeting in Jordan. These resources are also available to download in pdf, for printing, or as a Word document, for cutting and pasting into other documents, such as service booklets.

Around once every 10 years, since 1867, the Archbishops of Canterbury have invited the bishops of the Anglican Communion to gather for prayer, worship, consultation, fellowship and resourcing. The next Lambeth Conference will take place in July and August this year at the University of Kent in Canterbury, under the theme “God’s Church for God’s World: walking, listening and witnessing together”.

A seasonal Prayer Diary has been produced to help people pray for the success of this year's Lambeth Conference. It is part of a Prayer Journey in which people are also being invited to send in prayers, which will be displayed on a prayer wall to encourage those attending the conference.

In addition, a special collect has been written to help people to pray for the Lambeth Conference:

God of Life,
in baptism you give us new birth into a living hope,
calling us into your marvellous light that we may live as your people;
bless with the Sprit’s presence all who will gather for the Lambeth Conference,
that their work, prayer and fellowship may bear fruit to your glory,
and inspire people everywhere to walk, listen and witness together
as disciples of Jesus Christ our Lord.
Amen