IASCUFO’s mandate was approved by the Joint Standing Committee in November 2008. 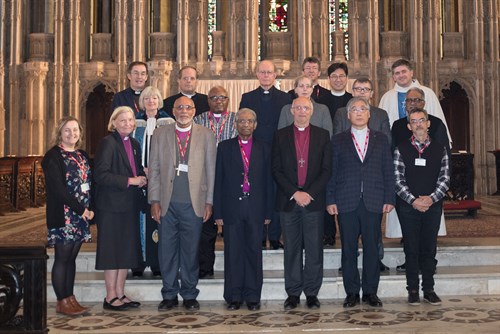 IASCUFO has just published two new occasional papers, 3 and 4, under the combined theme of “God so Loved the World.

Paper 3, “Created in the Image of God”, presents an Anglican theological understanding of what it is to be human. This is a statement that is both beautiful and profound. It states why people matter. It says that humans have a God-given dignity, and that to fail to acknowledge human dignity opens the way to many of the evil and violent things that afflict humanity. The paper sets out the importance of Christ for understanding why justice matters, both for creation, and for all people. It is a theological vision with massive moral implications.

Paper 4, “God’s Sovereignty and our Salvation”, rebuts the temptation in some places to question or even deny that other Christians are saved in and by Christ. It affirms that judgment belongs to God alone, and that nobody has the capacity or right to call into question the spiritual status of anyone else.