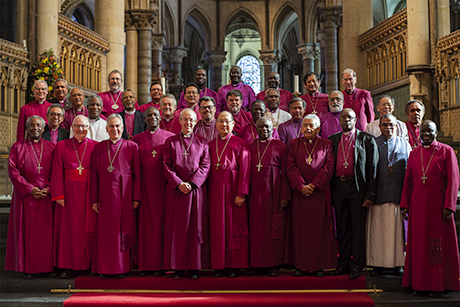 The Primates’ Meeting 2017 is taking place in Canterbury, October 2 - 6. Primates and Moderators from the other 38 provinces around the world have been invited to attend. The gathering gives Anglican leaders an opportunity to discuss major issues within their provinces, topics affecting the whole Communion as well as more general global matters.

The final agenda will be agreed by the Primates at the beginning of the Meeting. But it is expected to include sessions on mission and evangelism; reconciliation and peace-building; climate change and the environment; and migration and human trafficking.

The Archbishop of Canterbury, who called the Meeting, said he was “greatly looking forward” to it.

Sixteen new Primates have been appointed since the last Meeting in January 2016. Archbishop Justin said their presence would be particularly exciting.

“There will be a whole lot of fresh energy and fresh excitement – and, no doubt, some tough questions ... I think that’s going to be fabulous,” he said.

Documents from the meeting