"The best decision anyone can ever make, at any point in life, in any circumstances, whoever they are, wherever they are, is to become a disciple of Jesus Christ." - Archbishop of Canterbury Justin Welby

Jesus Christ urged his disciples to “go and make disciples of all nations”. Anglicans and Episcopalians around the world are still responding to that ‘Great Commission’ today by supporting evangelism, training, discipleship and church growth globally.

Intentional Discipleship has its origins in Anglican Witness, an initiative committed to evangelism and church growth set up after the Lambeth Conference in 2008.

In 2017 a new Co-ordinating Group was established to oversee the Season of Intentional Discipleship across the Anglican Communion. Their work has included:

This is a growing movement across the whole communion and the vision of the Co-ordinating Group is “to encourage every Anglican and every Anglican Church to live, love and be like Jesus – in every part of life - for the sake of the whole creation and to the glory of God”. The vital importance of this call was re-affirmed at ACC-17 on the theme of “Equipping God's People: Going Deeper in Intentional Discipleship”.

Another priority is investing in work with children and young people. To that end two Youth and Children Ministry Awards are presented at the triennial ACC meetings. The awards recognise excellent work to nurture and grow disciples among children and youth (See here for criteria).

Discipleship is about equipping Christians to live their everyday lives as followers of Jesus Christ, following his example and his teaching. It is about putting faith into practice and helping other believers to do the same. It is about mentoring and encouraging believers so that their faith has an impact on the world around them.

Resources are continually being developed around the Communion by leaders, missiologists and workers involved in evangelism, discipleship and church growth. The Intentional Discipleship Co-ordinating Group monitors and showcases the best resources, publications and ministries.

In particular, the former Anglican Communion Director for Mission, the Revd Canon John Kafwanka, co-edited a major report on Intentional Discipleship and Disciple-Making for ACC-16. To download a pdf, click English; Español, French, Português, or Chinese.

Why have a Season of Intentional Discipleship?

At his installation as Primate of Kenya, Archbishop Jackson Ole Sapit noted: “If Christians form 80 per cent of Kenya’s population, why are our elections often violence-prone? Why is our society riddled with corruption, nepotism and a great level of social stratification? Why are environmental degradation, poverty and disease ever-present realities?” 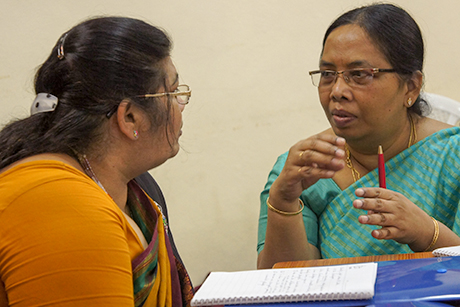 The Season of Intentional Discipleship & Disciple-Making was launched and continues against a backdrop of huge global challenges such as: the present Covid-19 pandemic with its economic & social injustice implications; unprecedented levels of migration; the constant threat of conflict among nations and peoples; religious, ethnic and tribal violence, gender-based violence; the challenges of climate change; declining church attendance in parts of the world and rising liberal secularism.

Growth in Discipleship is precisely what equips us to face all these contemporary challenges. We therefore seek a culture change within the Anglican Communion where