The mosque of al Azhar in Cairo, Egypt, dates back to 969 BCE (358 AH) and has grown over the centuries not only to include a university but to become the premier Sunni world centre for Islamic studies. 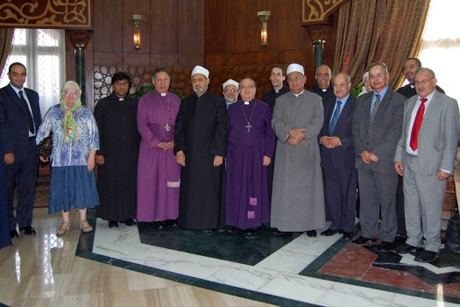 In the early 1990s the university set up The Permanent Committee of al-Azhar for Dialogue with the Monotheistic Religions.

Between 1995 and 1999, The then Archbishop of Canterbury, The Most Reverend and Rt Hon. George Carey and the Grand Imam, His Eminence Sheikh Mohamed Sayed Tantawy exchanged lecture visits.

In September 2001 a group of Anglicans were invited to a meeting at al-Azhar at which they were to ‘listen and explain’ answering such questions as ‘What is the Anglican Communion?’ and ‘What is the Office of the Archbishop of Canterbury?’ Ironically the meeting concluded on 11th September but led to an agreement to maintain ongoing dialogue which was signed on 30th January 2002.